The Social Cohesion and Reconciliation (SCORE) index seeks to improve the effectiveness of peacebuilding efforts based on evidence, and was designed to address the deficits in informing sustainable processes of conflict transformation. As a customizable, flexible and evidence-based diagnostic and predictive assessment instrument, the SCORE can be utilized to identify programmatic entry points which are most likely to have a positive impact on peacebuilding outcomes. From this perspective, the SCORE speaks to the concerns of the peacebuilding community, often comprising national and international actors who are still uncertain about the real efficacy of their investments. The SCORE offers governments, donors and peacebuilding organizations the opportunity to systematically design and test conflict transformation theories of change before sponsoring and endorsing new peace-building programs.

The SCORE draws inspiration from multiple scientific disciplines such as sociology, psychology, international relations and security studies and is flexible enough to incorporate new research findings, global policy guidelines and the realities of each local and regional context. The backbone of the SCORE Index is founded upon participatory research based on mixed-methods, where multi-level stakeholder consultations, focus groups and interviews are conducted to inform the calibration of the SCORE questionnaire, which draws from the extensive SCORE library of measurement instruments and indicators. 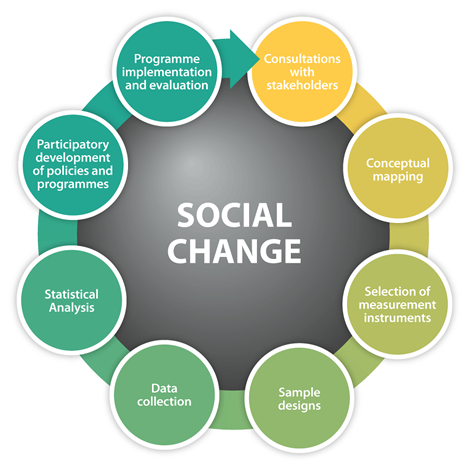 The SCORE eschews the one-size-fits-all approach that often characterizes cross-national indices. To ensure that each SCORE reliably captures the societal dynamics of the specific country where it is being implemented, the process typically begins with inclusive consultations with a broad cross-section of national stakeholders such as civil society, academia, government, business leadership and grassroot communities. These contribute to an initial in-depth understanding of societal dynamics in relation to outcomes of interest, while the technique of system mapping (detailed and integrated conceptual models) is utilized to capture and validate complex inter-relations between different societal, economic, political and individual dynamics and components. With such a conceptual framework designed, using inclusive and participatory dialogue techniques, appropriate measurement instruments are then selected, adapted and designed – either from the existing library of SCORE instruments or custom-made for the specific country.

The SCORE can flexibly integrate different modalities of data collection as required, including surveys, discourse analysis, expert assessments and draws its strength from advanced analytical and statistical toolkits. Large SCORE sample frames are then designed in a way to ensure that results can be reported with a high level of confidence for different sub-regions within the country, but also for distinct societal groups of interest (e.g. specific ethnic communities or social demographics such as internally displaced communities). The actual fieldwork is usually conducted in collaboration with established national researchers or research agencies, who can display the needed level of cultural and contextual awareness and sensitivity to assure a reliable data collection process. Results are processed using advanced data analysis techniques (e.g. factor analysis, anova analysis, regression and structured equation modelling) from which robust metrics are designed for multiple indicators, which are translated into network analysis and predictive models that can reveal the intricate relationship between different indicators and groups. This modelling process is used to suggest effective entry points to design evidenced-based projects and policies. Figure 2 illustrates different peacebuilding and development outcomes SCORE can be tailored for.

Figure 2: The SCORE Index can be utilized for the following peacebuilding and development outcomes

Using participatory research principles, preliminary SCORE results are interpreted through multi-level stakeholder consultations and dialogue groups, which informs further data analysis and design of participatory policy briefs. Such a close cooperation and communication with the key stakeholders as well as grassroots not only adds richness, depth and value to the SCORE findings but also builds ownership and triggers constructive public debate ensuring that the final SCORE products are as contextual and as impactful as possible.

The SCORE Liberia Year One (Pilot Phase) was completed in May 2017 and is the first to be implemented in Africa, with a process that set new standards for future SCORE projects. This included the creation of a partnership framework, which involved the Liberian government, the United Nations system and Search for Common Ground. The Liberia SCORE was an inclusive and participatory consultative process, involving local and national government officials and civil society actors in conflict-affected regions of Liberia including those outside Monrovia. The attention to local realities brought a new dimension to the SCORE Liberia, allowing it to explore in detail the conflict dynamics and relationships between the country’s elites in Monrovia and communities disconnected from the centre of government decision-making, giving the SCORE results a strong governance dimension and early warning quality.

The SCORE Liberia comes at a critical moment in the country’s post-war history. The findings are being used by the government and development agencies to formulate peace consolidation policies during the on-going transition process. It has identified parts of Liberia most vulnerable to fragmented social cohesion during the period of transition, underpinned by the presidential elections in October 2017 and the departure of the UN Mission (UNMIL) in March 2018. The predictive analysis of the SCORE Liberia points to policies and practices that can best support conflict transformation during this period and beyond. The Liberia Peace Building Office (PBO), who is the key partner and hosting house for SCORE Liberia use the results to guide the revision of the Strategic Roadmap for National Healing, Peacebuilding and Reconciliation, and the implementation of the Liberia Peace Building Plan, which was endorsed by the UN Security Council on 24 July 2017. Further, SCORE Liberia were adopted as one of the key monitoring tools for the governments Pro-Poor Agenda for Peace and Development.

Responding to the need for evidence-based peacebuilding strategies, the pilot SCORE Liberia was commissioned by UNMIL and UNDP in 2016 and completed in May 2017 (see www.scoreforpeace.org). This pilot SCORE cycle quantified Liberia’s socio-political fragility during the transition period, ands provided predictive assessments of strategic peacebuilding interventions that hold the greatest potential for delivering impact. Based on this first iteration, the Government of Liberia and the UN Resident Coordinator agreed to adopt the SCORE as the principal instrument to provide a coherent evidence-base for strategic decision-making and programme design to advance the sustaining peace agenda in Liberia. The pilot phase collected quantitative data from over 2,200 respondents between December – January 2016 based on face to face interviews via random sampling. The SCORE Liberia Year Two built strongly on the pilot phase, expanding its reach, sample and scope. SCORE Liberia Year Two incorporated gender indicators in its calibration and collected quantitative data from over 6,200 respondents between February 2018 – March 2018. This second iteration also had a Governance Assessment component, where over 180 very informed governance experts and civil servants participated in county level expert scoring panels in each county plus Monrovia to provided both qualitative and quantitative assessment of different governance institutions and sectors.